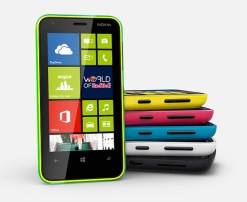 Nokia has been rolling out new camera features and this will affect the entire range of its Lumia smartphones. This will include the Cinemagraph digital camera lens and updated Camera Extras with object remover.

These features are already available on Windows Phone 8 phones and this update will continue to roll out on the Nokia Lumia 900, 800, 710, 610 and 510 smart phones in the coming weeks.

Another update that continues to roll out is the Windows 7.8 software update. This update also has these new camera features and users just have to keep an eye out for them.

Cinemagraph as explained by Nokia’s Kingori Gitahi, is like a piece of Hollywood magic in your pocket because it lets you bring your pictures to life by animating a part of the picture. When combined with the new features on Windows Phone 7.8, Nokia Lumia will feel like a brand new device. The other cool feature on the Lumia is sharing which lets you link these images to Twitter and Facebook using Nokia Memories.

Another cool feature, Camera Extras, offers Smart Shoot, Panorama, Action Shot and a self-timer as features that come as a standard on the Lumia’s camera. This also includes a burst mode on the camera that takes multiple shots and allows you to pick on from a series of shots. It also allows you to edit out unwanted objects from the photograph.

What this eventually means is that there will no big difference between the users on WP7.8 and WP8 in camera performance which is great for the developers and early adopters of the Windows Phone platform.