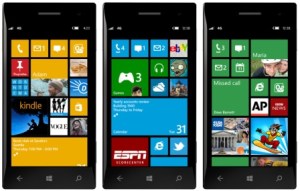 These 2 companies (Microsoft and Google) have been at it for a while now over what access is given to who and over what arrangements and with what limits. *sigh*

There is finally a thin ray* of light shining at the end of the long long tunnel. Why do we say this? Because Google has just introduced AdMob to Windows Phone 8 after releasing a beta version of its Software Development Kit. This beta version of the SDK does not work on the lighter Windows RT and is noted as missing some features that are prevalent on both the iOS and Android versions.

This doesn’t in any way mean that developers are not excited by this prospect – Developers have been quoted as being ‘well pleased’ with this new advancement that will compliment (or actually rival) Microsoft’s Advertising Publisher Network.

Read more on the announcement on Google’s official blog.